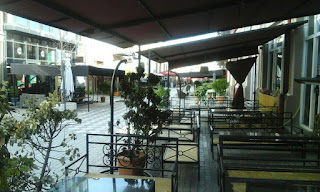 The Prime Minister of Georgia has promised that tourism in Georgia will start soon. The head of the Tourism Department twitted that the first tourist would arrive in Georgia on July 1, saying that tourists were queuing up at the Georgian border and waiting for the authorities to allow them to enter.
1- Which tourist? When the global economy is in unprecedented recession and slogans everywhere staying at home, people have no extra money to travel and little incentive to risk their health.
2- Georgia is said to be the first country to open its doors to tourists in COVID 19 siuation. God, what does that mean? Aren't the officials of other countries as smart as the Georgians, or does Georgia have extraordinary opportunities that nowhere else in the world? With what trick does Georgia want to overtake tourism giants such as Turkey and Spain? As I said before, the tourism industry in Georgia was bankrupt before Corona, and Corona's incident provided a good excuse for the Georgian authorities to justify this.
3- Georgians have shown that they are extremely good at numbering and hollow advertising. It is not bad to know that last March, when the whole world was in quarantine and separation, and in this country, the borders were basically closed for many days, according to official statistics, more than 100,000 tourists have traveled to Georgia. If I had authority in this country, I might have had such statistics in my hands to announce that our tourism industry could be number one in the world, even in the COVID19 conditions.
4- I said all this to get here, why the tourism industry will be launched soon. There is no doubt that part of this maneuver is speech therapy. People who have lost their jobs these days are angry and should be invited to calm down, but there is another important dimension that has an international dimension. Georgia now wants to pretend that the tourism industry in the country has not disintegrated, as it does in tourism statistics. I will talk about that reason at the right time.
Note that these days all kinds of threats are coming to this blog and many people are looking for  make a mess for me.